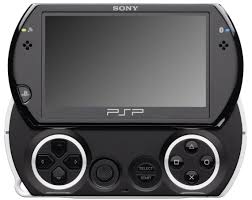 By Jonathan Soble in Tokyo

Sony is to introduce a successor to its PlayStation Portable hand-held game console this year, updated with motion sensors and two touch-sensitive control surfaces to counter rising competition in gaming from smartphones and tablet computers.

The offering from the Japanese group, unveiled on Thursday, will compete directly with the Nintendo 3DS, another hand-held that goes on sale next month and features a 3D screen.

Nintendo has double the sales volume of Sony in portable game players.

But Sony appeared less concerned about the showdown with its rival than with the growing threat from Apple iPhones, iPads and other multipurpose devices that are luring casual gamers away from specialised gaming machines.

In a strategy shift, Sony said it planned to enable versions of many of its games to be played on “PlayStation-certified” phones running on Google’s Android operating system.

The phones will include devices from unaffiliated manufacturers as well as Sony Ericsson, Sony’s handset venture with Ericsson of Sweden.

“Until now the PlayStation business was a closed platform but now we’re moving towards an open system,” Kazuo Hirai, executive vice-president in charge of Sony’s game business, said.

Referring to the rise of casual smartphone gaming, he added: “We can’t ignore this market.”

In the US, sales of specialised consoles fell 13 per cent last year to $6.3bn, according to the research firm NPD, as the migration of casual gamers was compounded by a lack of new products from Sony, Nintendo and Microsoft.

Nintendo had intended to introduce the 3DS before Christmas.

That delay contributed to a 58 per cent fall in net profit for the quarter to December, according to figures released by the company on Thursday.

It also lowered its sales forecasts.

Sony did not reveal a price or launch date for its machine, which is known by the code name NGP, or next generation portable.

It is the first full redesign for the hand-held version of the PlayStation since its introduction in 2004.

Sony designers have borrowed many of the most appealing hardware features of smartphones, and in some cases augmented them.

The NGP features a 5-inch OLED touch screen on the front and a touch pad on the back; a gyroscope motion sensor; cameras on both sides; and internet connectivity using WiFi or 3G mobile networks.

Sony has added a second mechanical joystick to the buttons and triggers.

In spite of Sony’s strategy in 3D, with a range of products from TVs to camcorders, analysts expressed surprise that the console would not have a 3D screen.

“Putting a 3D screen on this would have helped their strategy, but perhaps they were not ready on the content side,” Michael Pachter, video game analyst at Wedbush Morgan Securities, said.

Taking a page from Apple’s iTunes and App Store content-distribution businesses, Mr Hirai said Sony planned a PlayStation Store for Android phones from which users would be able to download games.

The strategy will create more distance between the hardware and software sides of Sony’s game business. Rather than relying on popular exclusive titles to sell consoles, it is trusting that gamers will buy the new PSP for its advanced features, while it shifts toward what Mr Hirai called a “hardware-neutral” approach to content.