EasyJet bookings take off in spite of snow 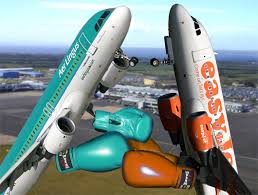 The number of seats sold at Luton-based EasyJet rose to 3.6m in December, a 7.6 per cent increase compared with the same month a year earlier.

BA’s global passenger numbers fell 10.8 per cent over the same period to 2.1m after hundreds of its flights were cancelled at its home airport of Heathrow.

Freezing conditions closed a runway there for more than three days, stranding thousands the week before Christmas.

EasyJet was helped by the fact that it operates from the smaller London airports of Luton, Gatwick and Stansted, which did not suffer as much snow disruption. More broadly, however, the December figures underline the growing gap between BA and its budget airline rivals in Europe.

EasyJet and Ryanair, the region’s largest no-frills carrier by passenger numbers, sold a combined 8.6m seats in December, while BA’s figure for the UK and Europe was just 1.17m.

“BA’s numbers were undoubtedly affected by snow,” said analyst Joe Gill of Bloxham stockbrokers in Dublin. “But there is still a structural shift from legacy carriers to low-cost carriers. The fact that Ryanair and EasyJet combined are now seven times larger than BA on short-haul routes in Europe is interesting.”

Ryanair also recorded a rise in traffic for December, even though its home airport of Dublin was also hit by heavy snow.

Its passenger numbers rose 2 per cent to 5m last month, taking its total for the 12 months to December to 72.7m.

That is well above the 49.7m passengers EasyJet reported for 2010, and more than double BA’s total.

When traffic volumes are measured by revenue passenger kilometres, which represents the number of fare-paying customers multiplied by the distances they fly, BA’s larger number of longer international routes have long seen its figures dwarf those of both Ryanair and EasyJet.

1 Response to EasyJet bookings take off in spite of snow