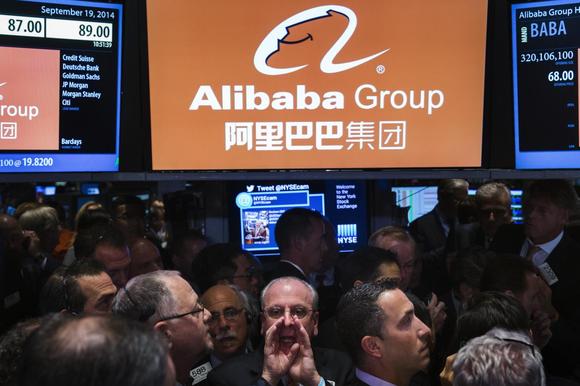 Traders work on the floor as they wait for a final price on the Alibaba Group Holding Ltd. initial public offering (IPO) under the ticker ”BABA”, at the New York Stock Exchange in New York September 19, 2014.

(Reuters) – Alibaba Group Holding Ltd’s initial public offering now ranks as the world’s biggest in history at $25 billion, after the e-commerce giant and some of its shareholders sold additional shares.

Overwhelming demand saw the IPO initially raise $21.8 billion and then send Alibaba’s stock surging 38 percent in its debut on Friday. That prompted underwriters to exercise an option to sell an additional 48 million shares, a source with direct knowledge of the deal said.

The IPO surpassed the previous global record set by Agricultural Bank of China Ltd in 2010 when the bank raised $22.1 billion.

The source declined to be identified as the details of the additional sale have yet to be made official. Alibaba declined to comment.