The future of humanity is increasingly African — UN

The future of humanity is increasingly African — UN 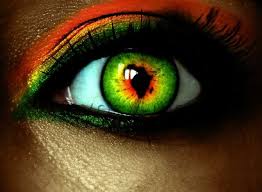 More than half the projected 2.2 billion rise in the world population between 2015 and 2050 is expected to take place in Africa, according to a UN report.

The report by Unicef titled Generation 2030 Africa shows that, by 2050, Africa will be home to two in five of the world’s children.

In the next 35 years, 1.8 billion babies will be born in Africa, while the continent’s population will double. Africa’s under-18 population will increase by two-thirds to reach about 1 billion.

Back in 1950, only nine of every 100 of the world’s inhabitants were African.

Although the other continents will see relatively smaller increases, if any, Africa, the world’s second most populous continent with more than 1 billion people, will by the end of the century, on current trends, have almost quadrupled its population to over 4 billion, and will be home to almost 40 per cent of humanity, or 40 in every 100.

The projected increase gives policymakers a once-in-a-generation opportunity to come up with a child-focused investment strategy that enables the continent and the world to benefit from Africa’s demographic transition.

In East Africa, Kenya, Tanzania and Uganda are among the 10 countries that are projected to contribute massively to the region’s population increase in absolute terms between 2015 and 2050. The others are Nigeria, Ethiopia, Democratic Republic of Congo, Niger, Sudan and Mozambique.

Six of the top 10 countries with the largest percentage of rural populations are in East Africa, and five out of these are classified as fragile.

At the middle of the century, West Africa and East Africa will be home to more than 800 million inhabitants each — doubling their present totals of under 400 million — and will together account for more than two-thirds of Africa’s inhabitants.

About 2 billion babies will be born in Africa between 2015 and 2050 due to the high fertility rates and increasing number of women of reproductive age.

But fertility levels in Angola, Chad, the Democratic Republic of the Congo, Mali, Niger, Somalia and Uganda are estimated to drop by more than 2.5 children per woman over the next 35 years.

Burundi, the continent’s fourth most densely populated country, will have the highest proportion of the population living in rural areas in 2015 (88 per cent), followed by Uganda, Malawi, Niger, South Sudan, and Ethiopia — all with more than 80 per cent rural population.

Unicef says that child survival has improved in Africa, but the continent still accounts for half of all child deaths, and this figure is set to rise to around 70 per cent by mid century.

According to the report, there has been considerable progress on child survival in Africa since 1990, and particularly since the year 2000. But Africa has the highest concentration of global under-five and under-18 deaths of any region.

In Africa, one in every 11 children born still dies before their fifth birthday, a rate 14 times greater than the average in high-income countries. The report recommends special attention for Nigeria, which has the highest increase in absolute numbers of both births and child population.

“At the country level, the greatest number of births in Africa takes place in Nigeria. By 2015, one-fifth of the continent’s births will take place in that country alone, accounting for 5 per cent of all global births. From 2015 to 2030, 136 million births will take place in Nigeria, representing 19 per cent of all African babies and 6 per cent of the global total. By 2050, Nigeria will account for almost one-tenth of all births in the world,” says the report.