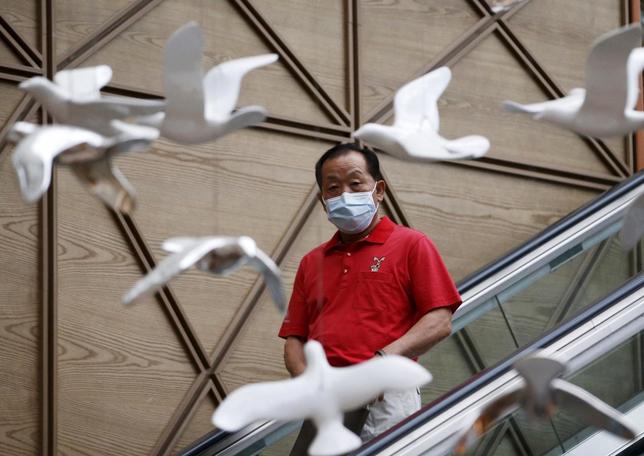 South Korea announced a financial package of more than 15 trillion won ($13 billion) on Thursday, including a supplementary budget, designed to boost growth as a deadly outbreak of the MERS virus adds pressure on the already shaky economy.

Finance Minister Choi Kyung-hwan said although there were concerns a supplementary budget could hurt fiscal soundness, it would be better for the economy long-term.

“We were contemplating a supplementary budget to make up for tax revenue shortfall as global growth had been very weak from the start of the year. Then MERS happened and we had to do it,” said Finance Minister Choi. .

Choi told a news conference earlier he was concerned growth will lag below 1 percent in the second quarter and that such low growth could continue.

The finance ministry said earlier this week the Middle East Respiratory Syndrome outbreak could take 0.2 to 0.3 percentage points off economic growth. MERS affected 180 patients and 29 had died from the virus as of Thursday.

Choi said MERS has affected the economy much faster than last year’s Sewol ferry sinking that killed more than 300 aboard and brought down GDP by 0.2 percentage points as it darkened the public mood.

An expansionary stance will be kept for monetary policy to ensure recovery continues, the finance ministry said. The key borrowing rate in South Korea currently stands at a record low 1.50 percent after the Bank of Korea last cut interest rates in June.

Some analysts suggested another rate cut should follow to give the economy further support.

The government forecast growth this year could reach 3.1 percent but only with the help of the supplementary budget. Inflation for 2015 was revised down to 0.7 percent.

Data out earlier in the day showed consumer sentiment in June fell to its lowest since late 2012.

“Part of this (finance package) will be to offset an expected shortfall in tax revenue, so the boost to local demand may not be as big as the headlines imply. Still, every little bit helps,” Frederic Neumann, co-head of Asian Economic Research at HSBC, said in a note.

Neumann sees another rate cut in the third quarter, which would also help keep the strength of the won KRW= against the dollar in check – useful given a current account surplus expected to reach $94 billion this year, up from $82 billion forecast earlier.ANZ Research economists Raymond Yeung and Louis Lam said the stimulus drive should be more aggressive: “A size of 20 to 25 trillion won, equivalent to 1.5 percent of GDP, is required to make a meaningful impact, recalling that the supplementary budget (to support growth) was 17 trillion won in 2013. With MERS in 2015, the package should have been larger.”